Running into a Better Life

This global site is a place for runners to share their stories about running.So，(1) if you are a runner with a story to tell，get in touch—we’d love to hear from you!

I was born with asthma and I never thought I’d be a runner！I only joined my local athletics club (2) because my doctor told me (3)that in my particular case exercise could improve (4) how my lungs work.But (5) before I knew it，I was taking part in local races.(6) As my fitness and my running improved，I started running in national competitions.This year I won silver in the under 18’s 10，000 metres！And who knows，next year I could win gold!

Not so long ago，I didn’t do any exercise—not even any jogging！Then I discovered an app (7) called Running Power.It lists your performance against other runners in your social network.At first，I kept running just to see my name in the top five.Soon，I found (8) that I was not alone—I came across other runners in the same area running for the same purpose！Now I no longer use the app，but I’ve fallen in love with running，and still do it with my running friends.

As a computer engineer，there’s always a new challenge just around the corner！It can be quite stressful at times，though，(9)which in turn makes me feel anxious.(10)To help deal with this，I go running as often as I possibly can.Whether I’m at the gym or on the road，my nervous energy pushes me through mile one.By mile two，the tension has moved from my mind to my legs.(11) By the end of the run，all my stress has disappeared and I’m ready to face the next day at work!

This year I entered the Great Gorilla Run in London.This is a programme (12) run by The Gorilla Organization to raise money to save the world’s last remaining gorillas from dying out.Each runner receives a gorilla suit and off they go！It’s a bit hot and sweaty inside the suit，and my legs ache，but it’s a lot of fun.The funniest moment was (13)when someone watching the race offered me a banana—a real treat for a running gorilla！I had a great day out in London，as well as helping to save gorillas!

Read the text carefully and choose the best answer.

1.Li Yue   A.Running made him get rid of the stress of work.

3.David   C.To save gorillas she wore a gorilla suit running to collect money.

4.Grace   D.By doing exercise he recovered from a kind of disease.

Fill in the blanks according to the text.

Running into a Better Life

This global site is a place for runners 1.____________(share) their stories about running.The following statements are four people’s experience.

Li Yue was born 2.____________ asthma.Being a runner is out of his expectation.A doctor advised his that he should take exercise to improve him 3.____________.From then on，he took all kinds of racing events and got medals.At the same time his body got better and better.

At first，Sarah didn’t do any exercise.One day she discovered 4.____________ app called Running Power.At the beginning she just wanted to get the top five.5.____________ (fortunate)，she didn’t use the app any longer but gradually fell in love with running.

David is a computer engineer.Every day he is too tired from challenging work，which makes him feel anxious.To deal with his 6.____________ (stress) feelings，he goes running as often as he can.By 7.____________ (run) his stress disappears step by step and he is ready to face the next day at work!

·...while its waterproof band is fully adjustable so that it is comfortable to wear.(教材P29)……而防水带完全可调，佩戴舒适。

·Using only a rope，you can develop your footwork and balance.(教材P30)

·It involves doing very slow physical exercises to relax your mind and calm your body.(教材P31)它包括做非常慢的体育锻炼来放松你的大脑和平静你的身体。

③At last she found a job as a high school teacher which involves ____________(spend) quite a lot of time with students.

④Some American people protested against the US’s ____________(involve) in other countries.

⑤This is how I got involved ____________ my charity work to improve the quality of life for all disabled people.

get down to doing sth着手做某事

·This is a programme run by The Gorilla Organization to raise money to save the world’s last remaining gorillas from dying out.(教材P33)这是大猩猩组织发起的一个项目，旨在筹集资金拯救世界上仅存的濒临灭绝的大猩猩。

To help deal with this，I go running as often as I possibly can.(教材P33)

She is as good a teacher as her mother.她和她妈妈一样是位好老师。 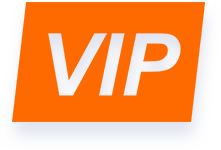